Example for a Educational Institution with our system

Security measures for an institution to which the public has access
Take a look at this example of a system suited for educational institutions such as campuses.
We mainly build surveillance camera and access control systems focusing on identity theft prevention in areas such as libraries, PC rooms, archives, laboratories, or chemical storages. For open facilities where an unspecified number of people can access the site, including outsiders dressed as students, we recommend security with an access control system that controls the access to private room where important goods are kept/installed. 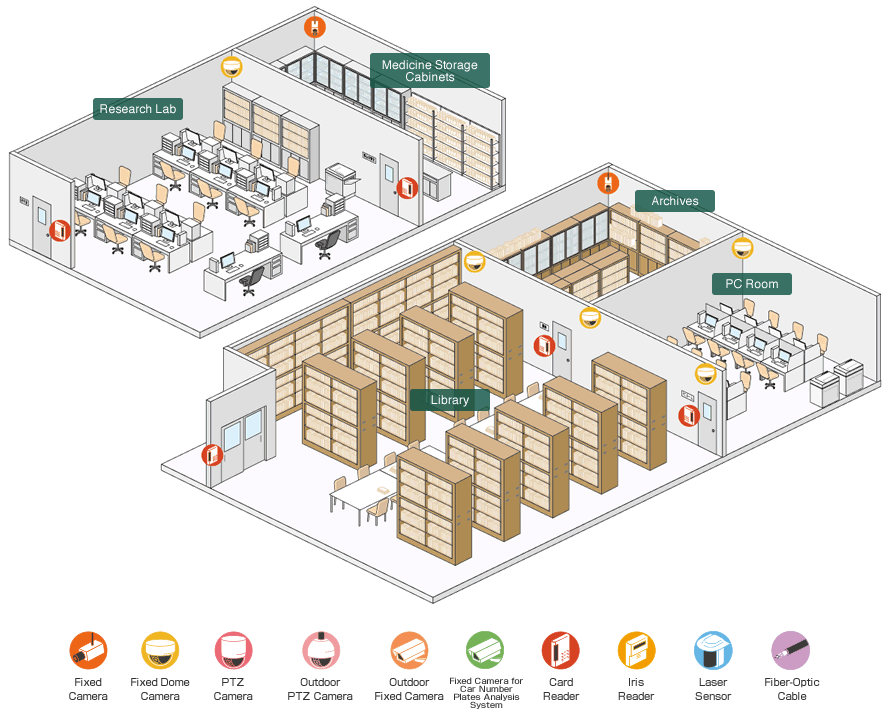 Why We Chose These Introduction Products and Systems

Why We Chose This Introduction System

We chose this access control system because it has a function that lets you set an availability schedule (e.g. 8 a.m. to 7 p.m.) in addition to letting you select the staff members who are allowed to access the areas controlled by the system. Setting these limits and managing people such as patrolling security guards, the security becomes even more rigid.

Our security systems keep improving We have the required operational efficiency
There are many educational institutions (mainly universities) that are improving their surveillance camera systems. Since some of those facilities are situated on large plots, in some cases the number of surveillance cameras exceeds 100 units. Although that is a huge amount of equipment, it can be operated efficiently by connecting it with the access control system and the motion sensors, etc., to use the alarm function, or by monitoring the surveillance camera footage and the map screens.