Example for a Apartment with our system

Creating a comfortable living environment by installing a security system
Take a look at this example of an apartment where our system was installed.
The surveillance camera system we suggest is often used specifically to prevent crime, and has a great track record of solving crimes and pranks that occurred inside and outside the apartment. However, while apartment security tends to be extremely useful as evidence after an incident has occurred, it also plays an important role in contributing to a comfortable living environment, because it helps to prevent crimes and pranks as well as people to comply with the rules. 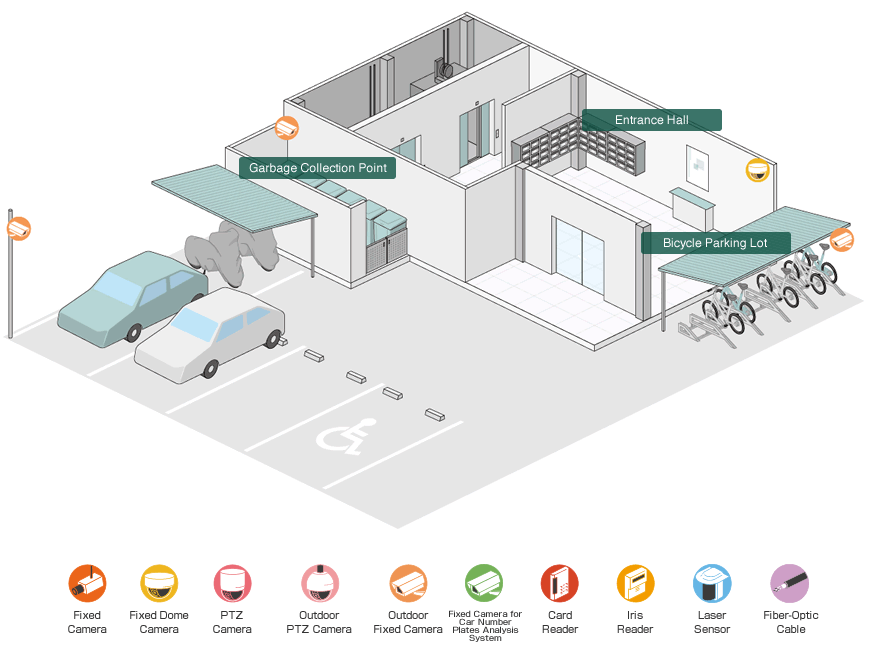 Why We Chose These Introduction Products and Systems

Why We Chose This Introduction System

We recommend you this camera with built-in infrared LED that can be installed outdoors at bicycle parking lots or garbage collection points, and can also work at night with low light levels. For entrances, where it is difficult to identify persons due to the strong backlight, we suggest this camera equipped with a wide dynamic range function to adjust the difference between light and dark areas.

Multi-point centralized monitoring with a remote surveillance system
When speaking of surveillance camera systems we tend to think of management organizations operating in condominiums, but the fact is that they are used more and more in apartments. In that case, it has become mainstream to install a remote surveillance system that can be accessed through a network enabling the owner to check the camera footage from his PC at home or at the management company. It also is possible to manage multiple apartments from one PC.